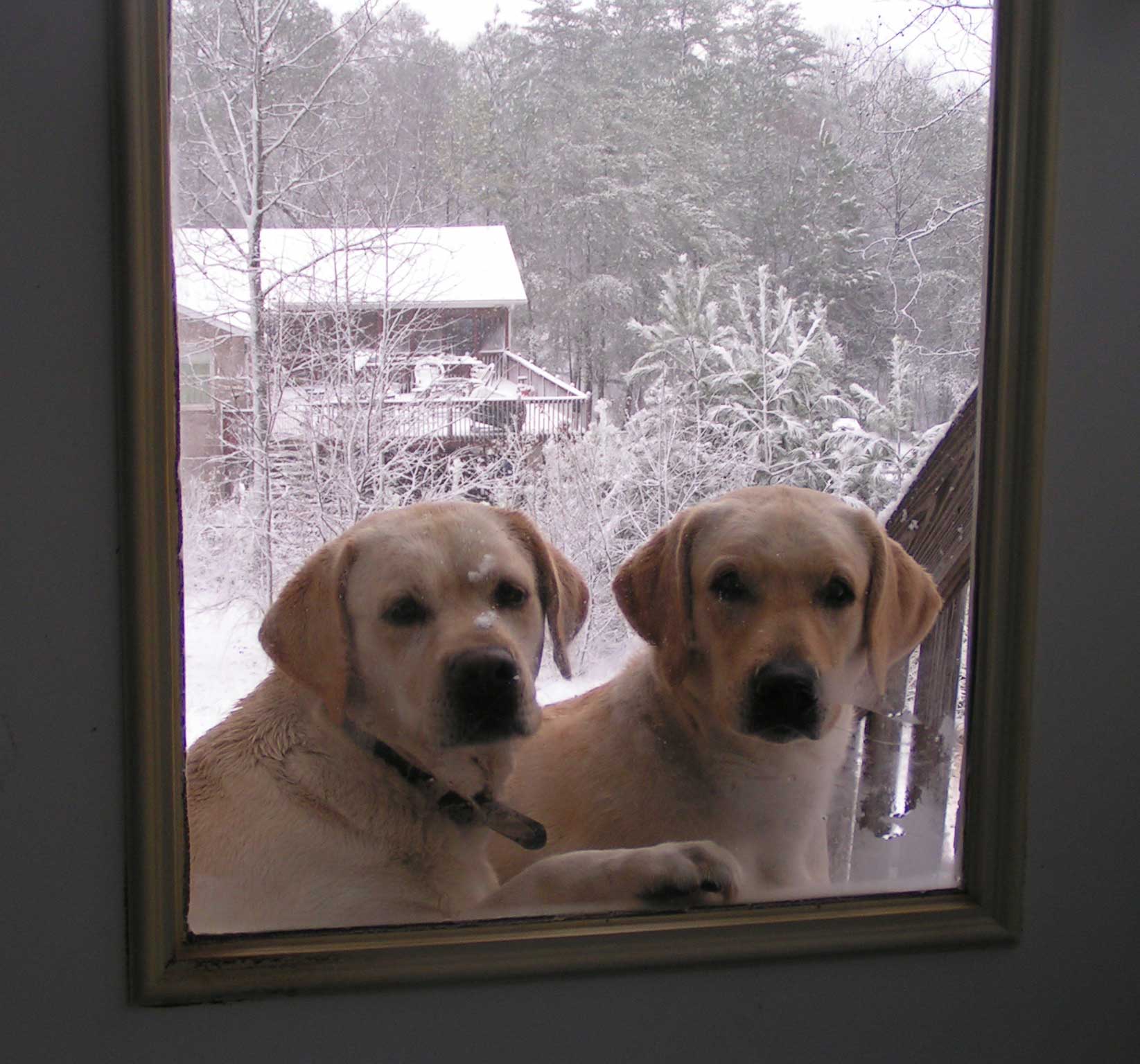 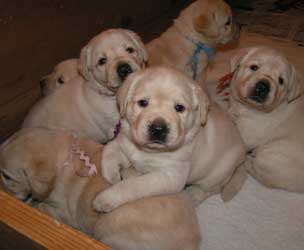 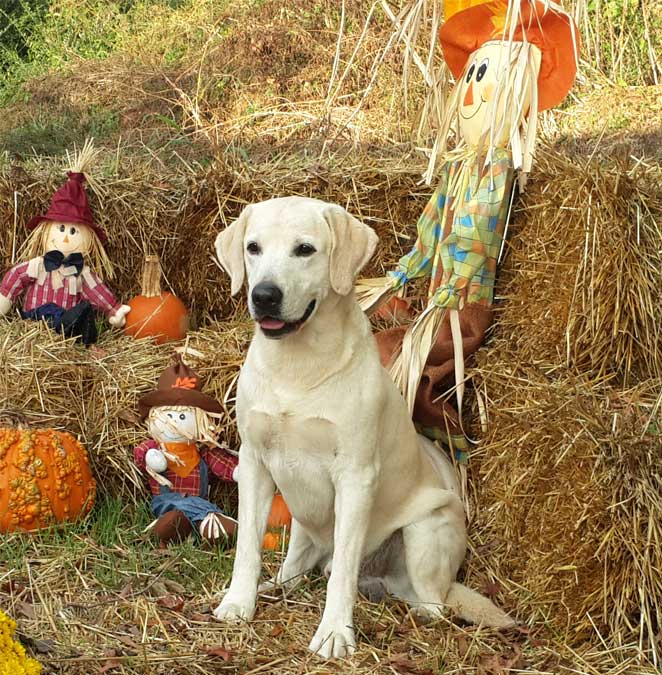 Punch picked up her second major in Atlanta in February. She picked up several more points by fall. Then in September at the Anniston Kennel Club she picked up a group 4. How exciting. She finished up her championship in Decatur by going WB two days in a row. Thanks to Nancy Johnson for fininshing this girl and having her always looking good.

We attended the Nashville agility trial in October were Ezra finished his T2BP title. We had fun camping even though it was still in the 90's, the dogs were good sports about all the fun.

We finished up the year at the Chattanooga Dog Agility Club. Punch finished her Novice Fast Preferred and earned a few PACH points. Ezra double Q'd on Sunday. Now it is time for a break after being busy with shows and trials most weekends this fall.

Then off to Texas for spring break. First stop Ft. Worth for the dog shows. Then to Austin for some fun with the grandaughter. Friday and Saturday we did the Deep South agility trial in Amite, LA. Punch spent to much time in a crate the previous week and was a little hard to control. She did redeem herself on Sunday at the South Mississippi hunt test. She got her first Junior pass.

In May we went to Bruce MS to pick up another pass on a beautiful spring day. Punch's third pass was at the North Alabama test on a very hot day. In June Black Warrior held their event on another hot day where she passed and got her JH.

Punch finished her Excellent Jumper Preferred title in August and then went to Texas for two months where she picked up a major towards her championship. She will finish the year with agiliy trials in Montgomery and Chattanooga in the Master classes. 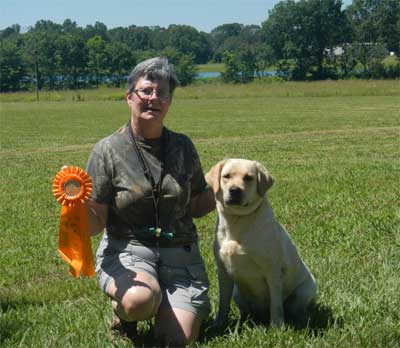 The year started slow for Ezra with one double Q in Febuary and another in March. We have been working on call offs and the reverse flow pivot. This extra work is beginning to pay off. Several times Ezra has been the only dog in his class to qualify on some very tough courses. Proud of the boy.

Started Punch in agility this spring. She seems to be enjoying herself and is showing great promise as an agility dog. We have done some field work. With our busy agility schedule we only got one hunt test in this fall which we did not pass due to the trainer.

While Ezra was working on his MACH, Punch was doing well also. With a rough start as she jumped off every contact in Novice Standard her first time in the ring. I walked her off the course. This is something I rarely do but she is a stubborn girl. The next day she got it and we never looked back.

Things were really coming together with Ezra by late spring as he started consistantly picking up double Q's. Since he was going to be six in August I decided we would fill our summer schedule with trials so we spent time in Louisiana and Tennesse. By the time school started in August we had 16 double Q'S.

Three double Q's in three trials in Murfreesboro and Nashville, some of my favorite trials. We picked up our 20th double Q at the Huntsville trial at the end of October. So close as we only need 56 points now. We picked up two more double Q's and quite a few points but no MACH at the Murfreesboro and Greater Birmingham trials. Some very tough courses which slowed us down. 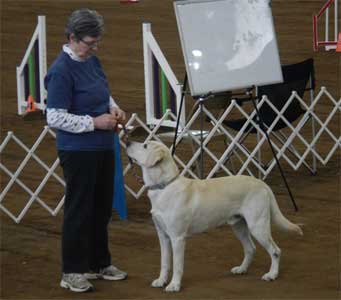 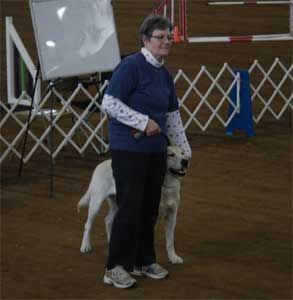 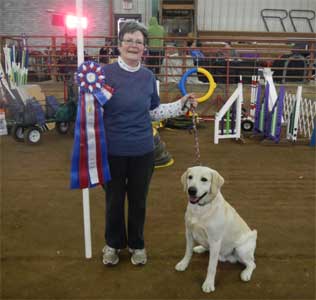 Going into the Montgomery trial we only needed 4 points! I had all the confidence in the world in this boy. We ran our jumpers course first and came out with three points. It was a tough course so I felt pretty good. All he needed was one point on the standard course. All I had to do was qualify as I was sure we could easily make the time. So carefully around the course we went. And Ezra became MACH Wintercamp's Elysian Heartsease RE JH MJS MXB. Proud to be a breeder-owner-trainer-handler.

Our first trial of the year January 10 & 11 in Decatur, AL. Viola titled in Novice Standard and Ezra picked up a few more MACH points. I am looking forward the the next few trials with Viola in Open. Viola got her Open JWW title in Huntsville in February and will move up to Excellent JWW.

In March Ezra and I went to the Deep South agility trial in Louisiana and then headed to Texas. On the way home we picked up a six month old labrador puppy, Enchanted Oasis Azalea Punch. I am very excited about this little girl. Thank you Molly for allowing with wonderful girl into my life.

We spent the summer running agility trials in Tennesse and doing some rally training. In October Ezra, Viola and I went to the Labrador Retriever Club Nationals at Purina Farms in Gray Summit, MO. Viola got her Open Standard title. Ezra will now be my third generation to receive his DOG FOR ALL REASONS award from the LRC. I also entered him in THE CHALLENGE where he came in second place overall. He was in three rally events and qualified for his Rally Excellent title, he qualified in the Junior Hunt Test, he double qualfied in Master(Standard and Jumper with weaves) in agility and was first place in the challenge conformation class. We ended the year with six double Q's. So we are now almost half way with a total of eight. 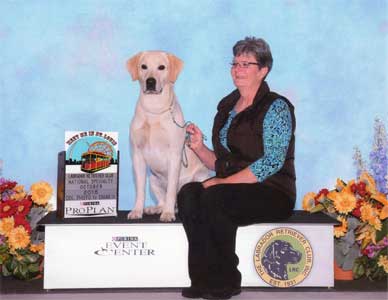 To finish out the year Tilde received the VERSATILE PRODUCER OF MERIT award by the Labrador Retriever Club Inc.

The year started off good as we picked up more MACH points in JWW in Huntsville and again in Murfreesboro and Montgomery. Then back to Huntsville where we picked up our third Excellent Standard Q on a tough course where Ezra was the only dog to qualify in his jump height,see link below. Now we can start collecting double Q's. It was a good spring.

Made a trip to Texas over spring break. We were in luck this year as the bluebonnets were in bloom so we could get some pictures. Stopped in Amite, LA on the way home to run the Deep South Agility trial. Did a little brush up field work with Ezra this spring. In April we ran in the Magnolia Retriever Club hunt test held in Greensboro, AL where he got his Junior Hunter title. 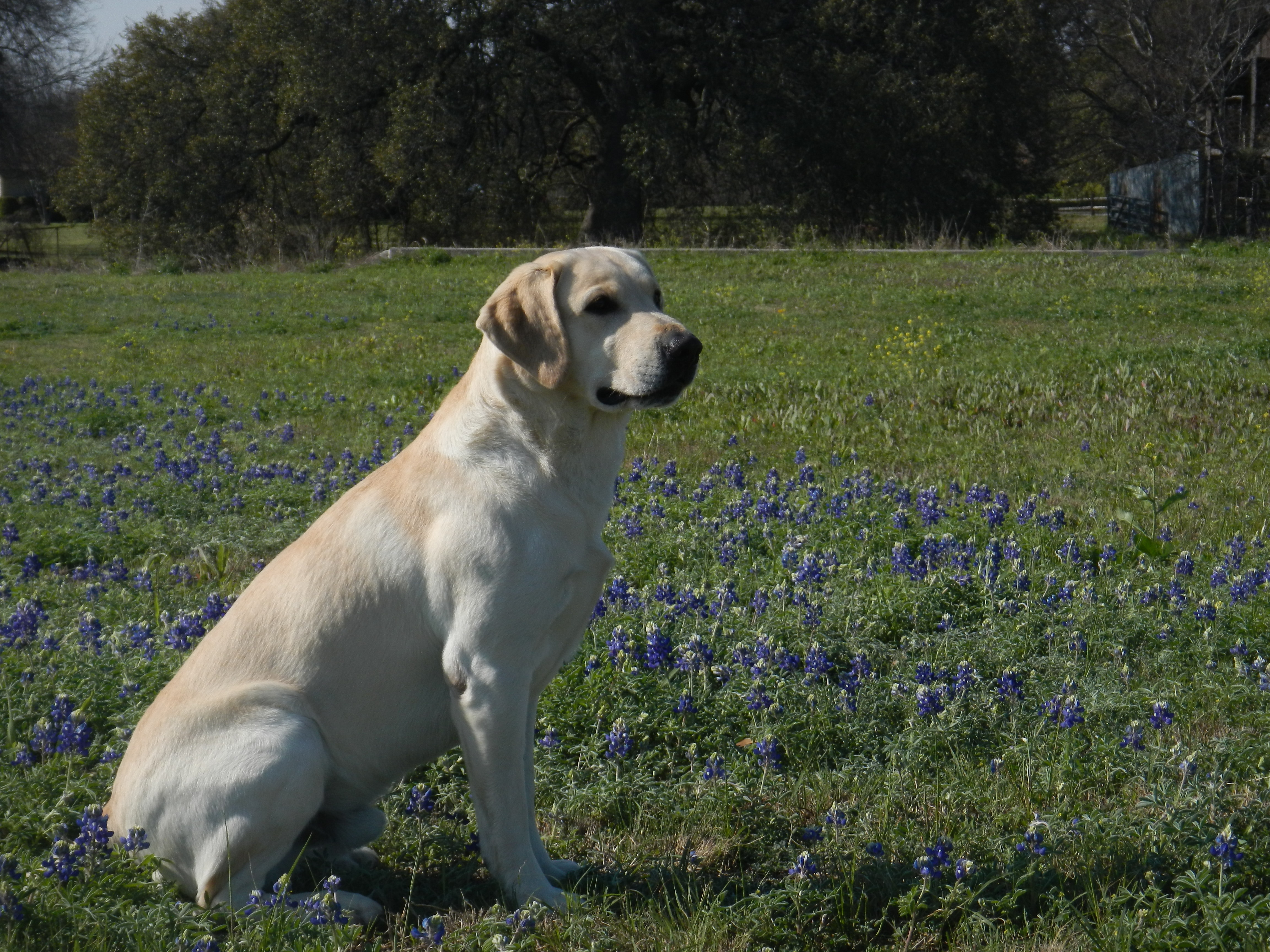 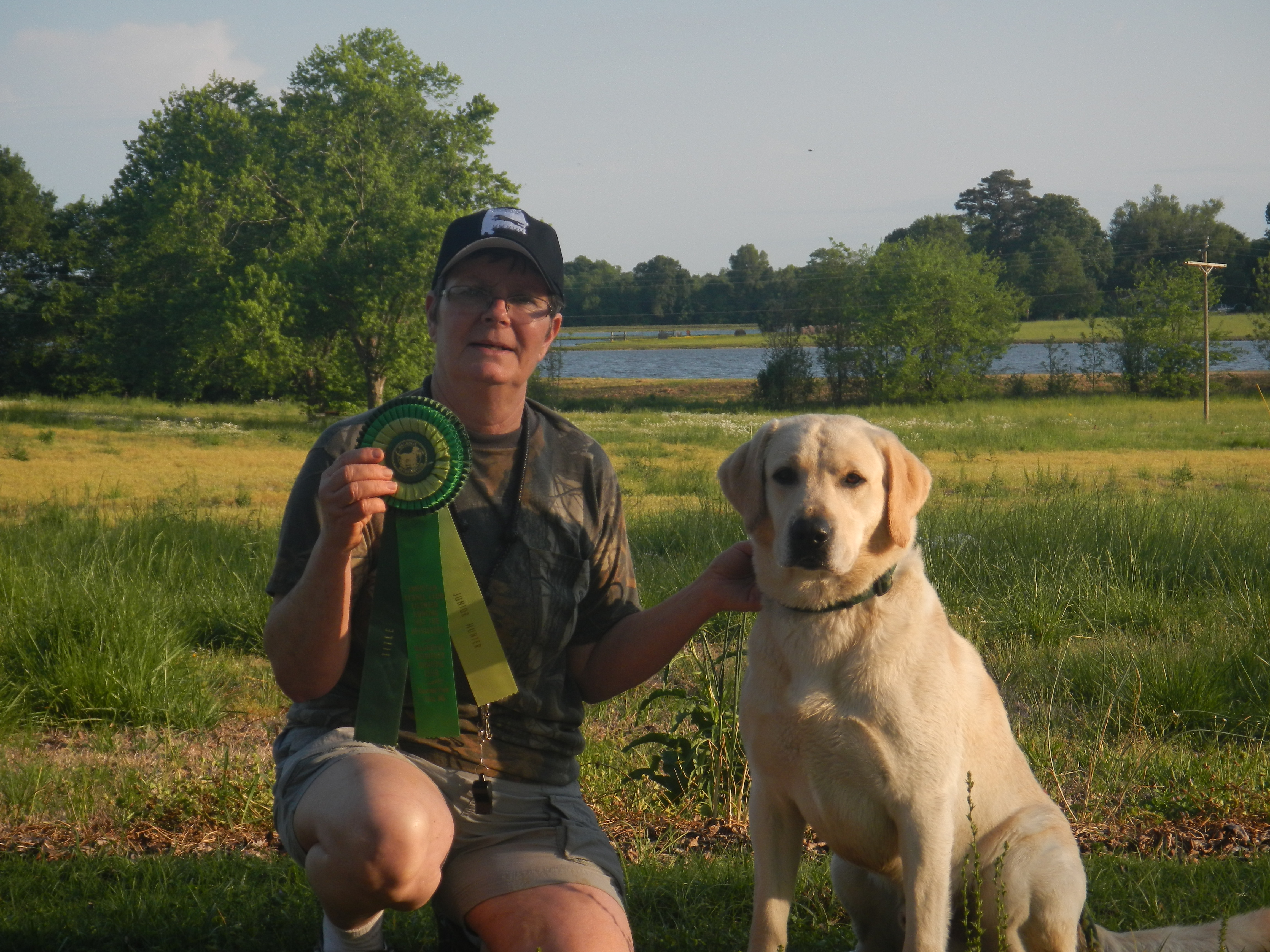 May into June we only picked up a few points at the two Birmingham trials. Then we made a trip to Purina Farms for the Missouri Rhineland Kennel Club agility trial and Colorado for the Mile-Hi Golden Retriever Club agility trial. We had some really good close runs but no Q's. We had a great trip and plan to do it again.

Murfreesboro in August where we once again had some really close runs. Did Q in Standard on Sunday and I was hoping for our first double Q but I sent him into the wrong side of the tunnel in JWW and lost our chance. But I think we are working better as a team

Viola had her first trial in Dec. in Montgomery and got her Novice JWW title at BOTC in Dec., see link below. Finally, the year ended with two double Q'S for Ezra. 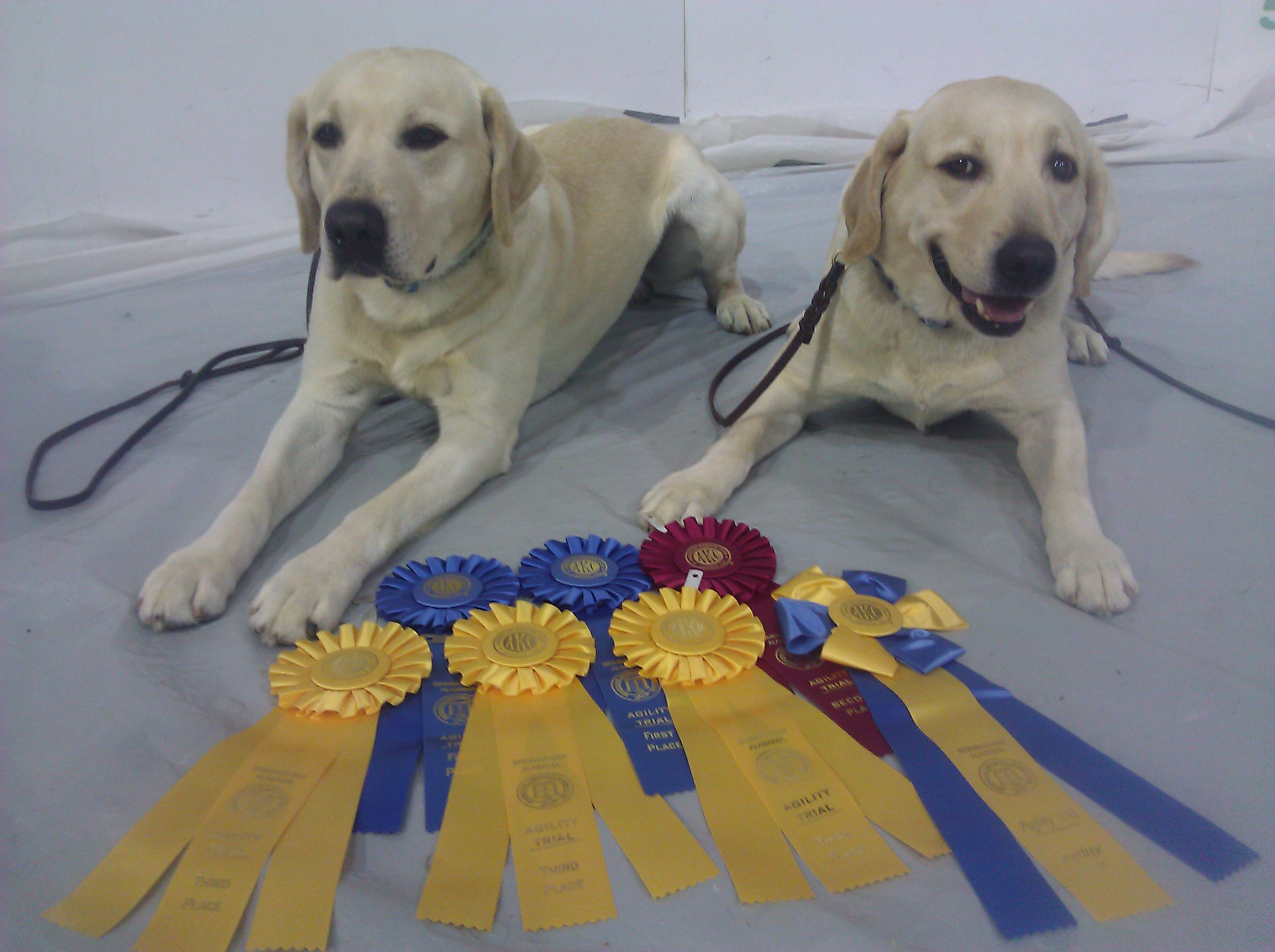